Time flies, it is gonna be the end of November, and the last month of 2012 is just around the corner. Sometimes I wonder what have I done till now, and all of my 2012 resolution, which one did I fulfill and which one could I fulfill it within one month?

Lately I am just busy with all of my final assignment. When it comes to an end of the semester, all assignment will come to you like bees to honey, but they haunt me down. LOL. Totally struggling with one assignment which is Adobe Flash, I am really afraid that I could not finish this assignment. I have no idea on how to start, and I always need my friends help. I know that they are not always free to help me, but still they are willing to spend some time in teaching me. I am really grateful and thankful to them, appreciate what they have done for me.

There was one day, where my friend asked me why do I always just blog about my outfit and fashion. Actually I don't, if you do not just look at my picture, I talk about my life too. But of course, not getting away from my outfit. Lately I went to Genting, feeling the cold cold breeze made me relax, it was such a comfortable place to just chill. 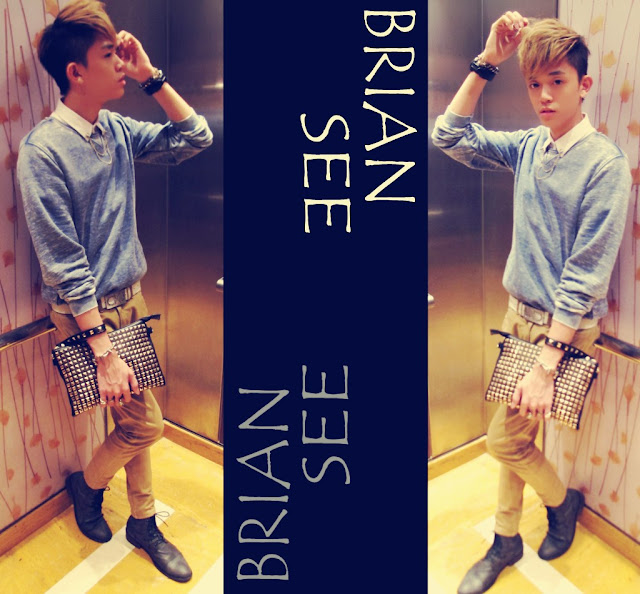 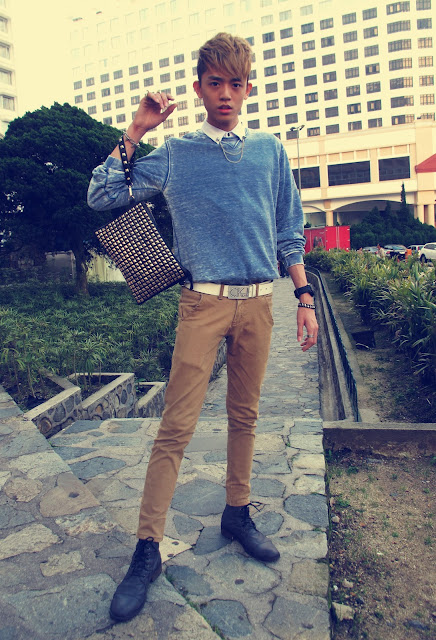 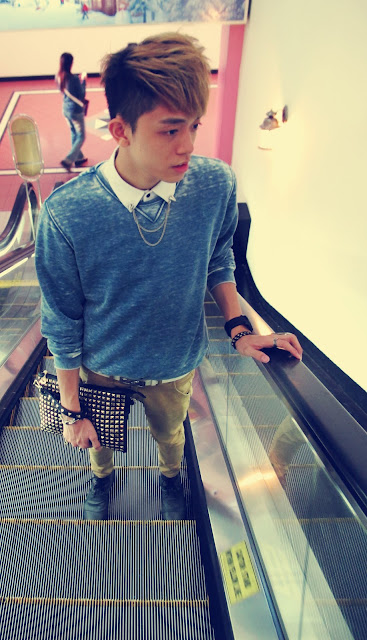 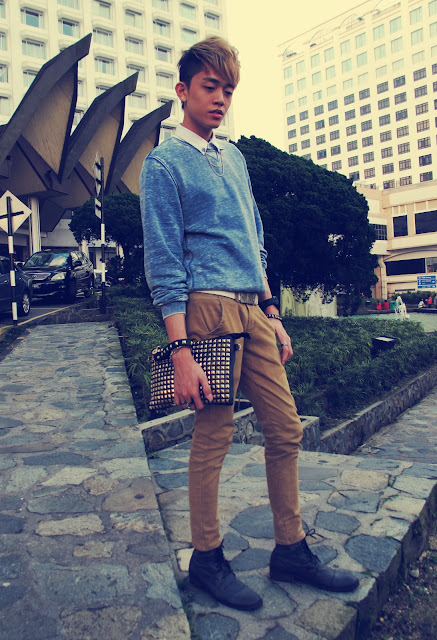 Thank you to ChurpChurp for the invitation, I was invited to the movie premiere of The Twilight Saga: Breaking Dawn Part 2 movie screening. That makes me the first to watch this movie in Malaysia before it started screening on all cinema here.

Don't worry in reading this post, because I am not gonna write a review on this movie, so fans out there, you won't get any spoilers here. If you are a Twilight fans, you will now that this is the finale part of the whole series,and everyone has been waiting for so long, and this includes me. Although I am not really a hardcore Twilight fans, I don't particularly support team Edward or team Jacob, but I do really love watching this movie and had watched all Twilight movie since the first one.

If you have watch Breaking Dawn: Part 1, you will know that Bella had gave birth to a baby with Edward and begin her new life as a vampire.After the birth of their daughter, Renesmee,Bella started enjoying her new life and new powers,but their family bliss is threatened again, by a new menace. The Cullens were accuse that Renesmee is an immortal child, which could challenge the power and existence of the Volturi.This leads the volturi to start a battle and try to destroy the Cullens for breaking the vampire law.
The Cullens gather other vampire clans in order to protect the child from a false allegation that puts the family in front of the Volturi. In order in protecting Renesmee, the werewolf also volunteer to help in battling with the Volturi. This is where the battle between the Cullen and the werewolf vs. the Volturi begins. 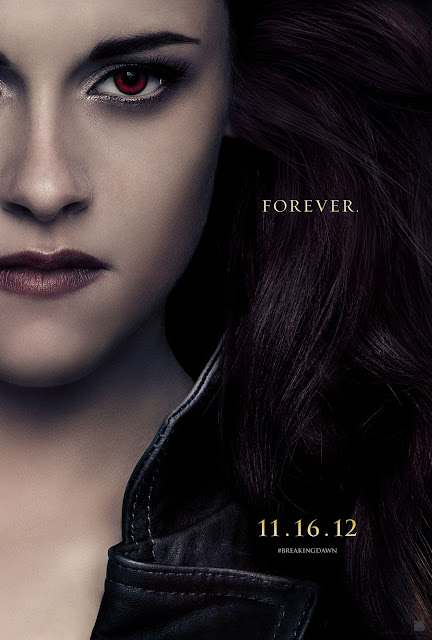 After watching the movie, I can just say that I totally love it and it was awesome. There were part which were so humorous which made everyone in the hall laugh, but when it reaches the climax of the movie, it was so exciting. I could not get my eyes away from the screen and every second was just so breathtaking. As a conclusion for the ending, was it bad or good? I recommend you to find it out yourself, and then tell me on what do you think? Enjoy :)

Finally the day has arrived, the day to meet my princess Jolin is finally here. I have waited for so so so long, so happy and excited that I went to her concert last Friday. On the moment that I know she is coming to Malaysia to have her concert in Genting around 2 months ago, I had already been so eager awaiting the day to come. I bought the tickets immediately once it was open for sale to public.

I went to Genting last week for Jolin Tsai's concert, and was really looking forward towards her great performance. I have witness her stage performance last year in Stadium Merdeka, and now she is back again to wow her fans with all her amazing dance moves.

If you do follow my page or blog often, you will definitely know that I am a crazy fans of Jolin. I started admiring her since I was in standard 6, and since then she was my one and only idol. She is really a great inspiration in my life, because her hardwork and determination towards her career proves that effort brings success. Never give up in what you believe in, and have faith in yourself. Don't care what people dislike or hate about you, but be the best of yourself, and prove to the world that you can do it.

Back to the concert, the concert started around 8.30pm, and she totally wowed all the fans with her amazing songs and her skillful dance moves. All I can say is, it was totally a great show and performance from her, and she had never let her fans down. The most happy moment during the concert was that I am just sitting so near to the stage, she was only like 2-3m away from me, and when she walked down the stage, I even had a chance to shake her hand!!! OMG!! The last time when I shook her hand was also during her concert in Genting, but it was back in the year 2007.

As a conclusion for this concert, it was AWESOME!! Hope that she will be back real soon. 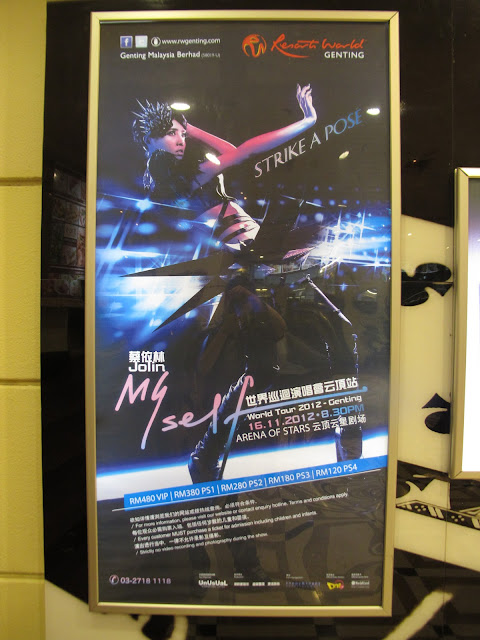 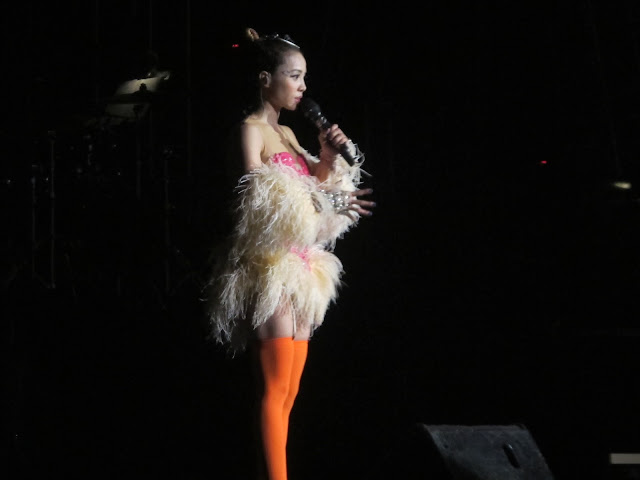 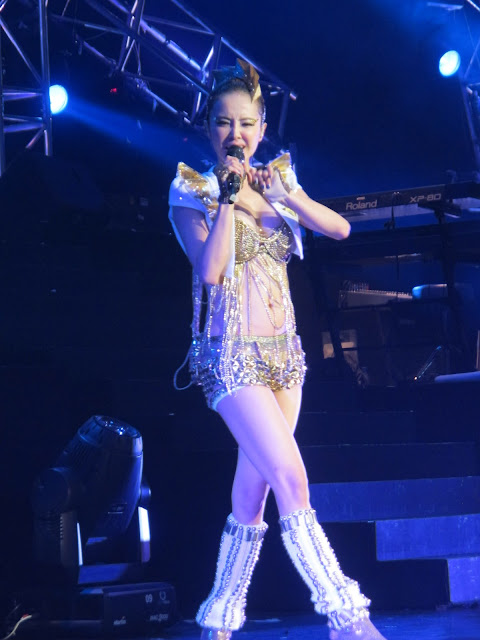 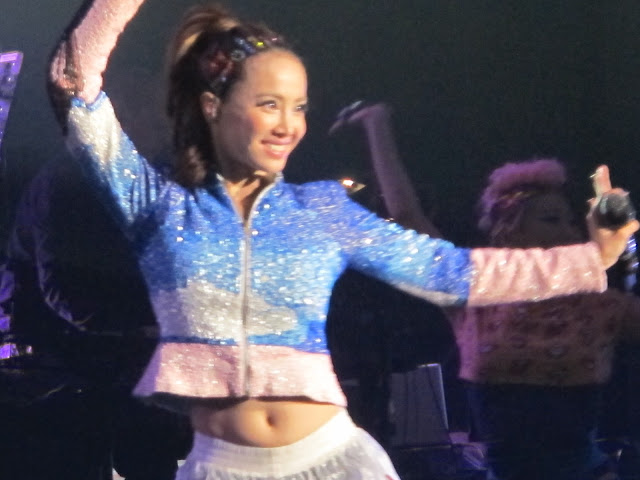 Thank you to Hennessy Malaysia for the invitation, I was invited to the finale party of Hennessy Artistry Party 2012 that was held at MIECC last weekend. All I can say for this party that it was a blast!! Hennessy had never disappoint me in party and especially when it comes to their Hennessy mixture drinks, and my all time favorite Hennessy apple.

Guest were allowed to enter the lounge around 9.30pm to enjoy the free flow Hennessy drinks. The party started around 10.30pm when Block B performed as the first performing artist. After that, everyone then enjoyed performance from Alexandra Burke, Havana Brown and DJ Starkillers. I enjoyed the most when DJ Havana Brown started to perform, and it was also when the crowd was all in their dancing mood. The whole place was brought to the peak, and everyone was enjoying the night till the max!! 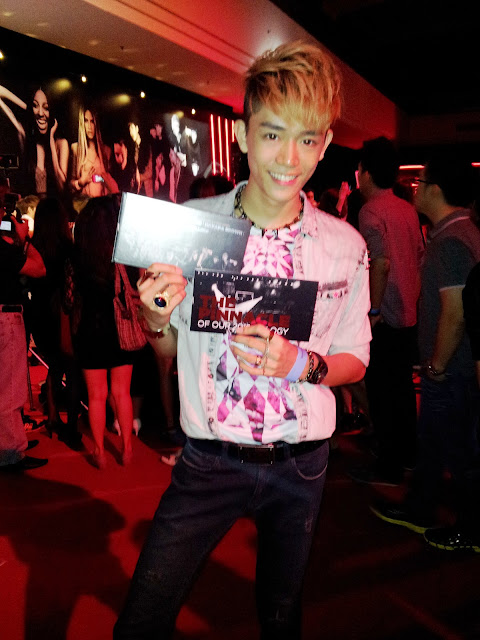 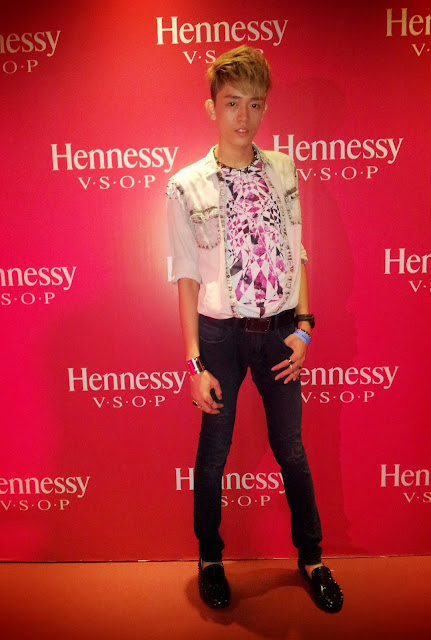 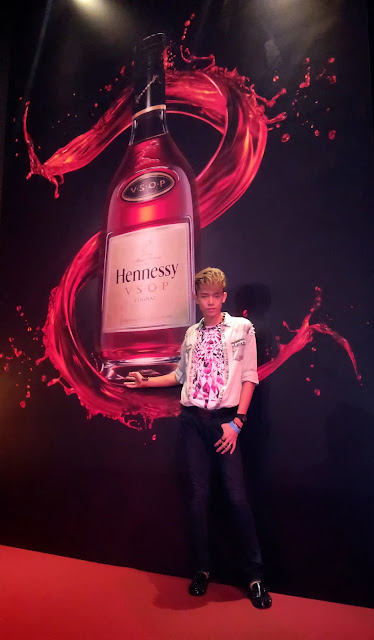 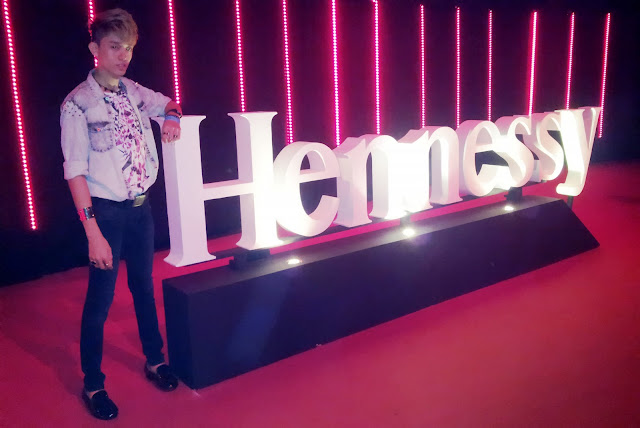 The Pinnacle Of H-Artistry The Global Art Of Mixing Trilogy 2012 is COMING!!

What up party people?? I believe that everyone of you is already damn excited for the upcoming finale H-Artistry party!! Be ready to heat up the dance floor as the FINAL & BIGGEST Hennessy Artistry party of the year is about to storm Kuala Lumpur! After the Second Installment of Hennessy Artistry party at Kenanga Wholesale City, KL last month, the cosmic finale of this year’s famed Hennessy Artistry – The Global Art of Mixing Trilogy is finally back! Featuring a stellar line up of artists from around the world, as well as a trademark mix of sights, sounds and party vibes befitting of a phenomenal climax for 2012’s blazing Hennessy Artistry series, the nation’s most anticipated super-clubbing event is set to take place at the Malaysia International Exhibition and Convention Centre (MIECC) in Mines Resort City this 3 November 2012 from 8.30pm onwards. 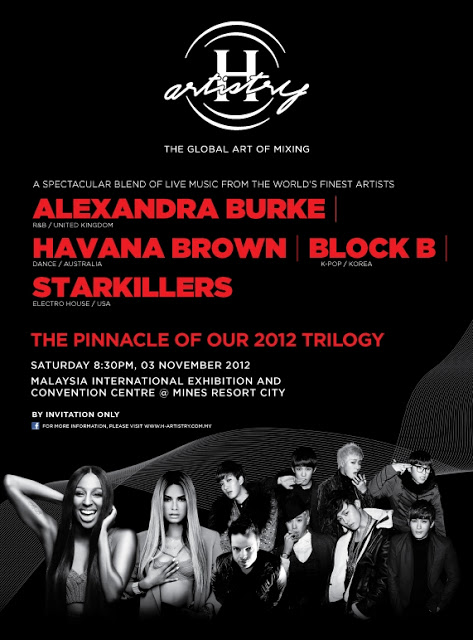 Moving into the main arena from the Hennessy Art of Mixing Zone, party goers will be in for a roller coaster ride of musical genres, styles and cultures from Korea and Australia to the US and UK. Artists set to perform at the Hennessy Artistry finale are: Winner of X Factor and UK’s R&B darling Alexandra Burke; world-renowned Australian DJ vixen Havana Brown, K-Pop boy band heartthrobs Block B, and Las Vegas’ edgiest DJ Starkillers a.k.a. Nick Terranova.


As usual, the feature of it will be their delicious Hennessy drink mixture namely, Hennessy Apple, Hennessy Berry, Hennessy Ginger and Hennessy Soda, all on the house for the night! This time around, Hennessy goes one step further to ensure that you have an awesome night and a splendid time without any worries and hassle by providing Shuttle services! Everyone is encouraged to utilize their FREE shuttle service throughout various key locations across Klang Valley to get to MIECC and back. On top of free shuttle services, there's even subsidized taxi services that will be made available in collaboration with Sunlight taxi as parking spaces at the venue will NOT be available. So folks, DON'T drink and drive when you can't do it. It causes problems. This time around, there's no excuse for you to do so! In fact, this time around, there will be a chill-out zone for you to chillax and sober up before heading on home where the place will contain food and drinks vendors and free-flow of mineral water.
For further info on how to obtain invites and about the shuttle services as well, keep it locked on to www.h-artistry.com.my
Posted by Mr.Brian See at 11:04 PM No comments: